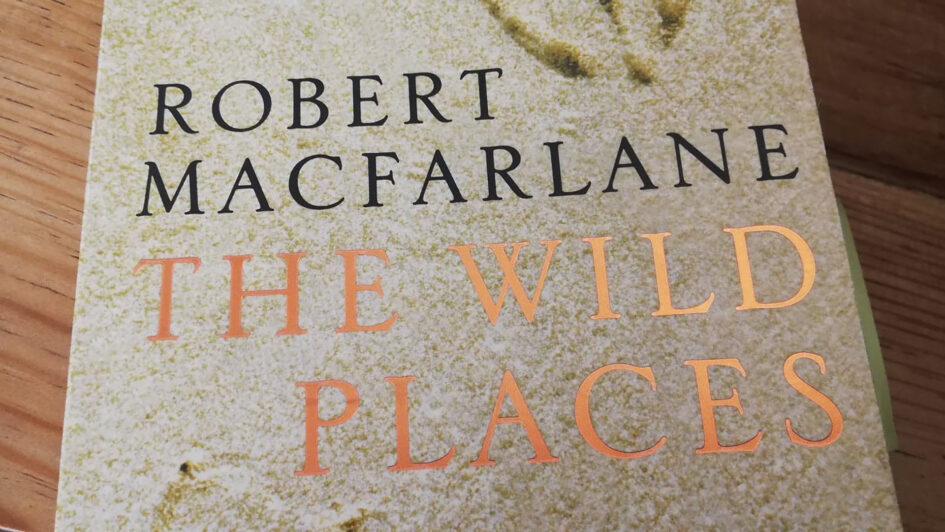 In The Wild Places (2017) Robert Macfarlane sets out for the wildness that remains in Britain and Ireland. Battling wind and cold, trailing hedges and wildwood, and wading burns and seashores, Macfarlane tells the stories of places where nature is king. Larded with historical, geological, etymological knowledge and references to past and present writers, he takes the reader along his selection of savage settings. The Wild Places is already a nature classic, and a reminder that we need to connect with the wildness, now it is still possible.

45 – It told of an Ulster king, Sweeney, who so offended Christian priest that a curse was put on him. The curse declared that Sweeney would be transformed into ‘a creature of the air’, and could live only in the wild places of Ireland and western Scotland. Like a wandering bird – a peregrine – he would have to shun human company, and to seek our remoteness wherever it could be found.

61 – In such a place, your conventional units of chronology (the century, the life-span, the decade, the year, the day, the heartbeat) become all but imperceptible, and your individual gestures and impulses (the lift of a hand, the skimming stroke taken within water, the flash of an anger, a turn of a speech or thought) acquired an eerie quickness. The larger the impulses of the human world – its wars, civilisations eras – seem remote.

92 – The association of the wild and the wood also runs deep in etymology. The two words are thought to have grown out of the root word wall and the Old Teutonic root waltzes, meaning ‘forest’. Waltham entered Old English in its variant forms of ‘weald’, ‘wild’, and ‘wold’, which were used to designate both ‘a wild place’ and ‘ a wooded place’, in which wild creatures – wolves, foxes, bears – survived. The wild and the wood also graft together in the Latin word silva, which means ‘forest’, and from which emerged the idea of ‘savage’, with all its connotations of fertility.

141 – …in its pre-modern expressions, mapmaking was a pursuit that mingled knowledge and supposition, that told stories about places, that admitted fear, love, memory and amazement into its projections.

216 – Holloways do not exist on the unyielding loch regions of the archipelago, where the roads and paths stay high, riding the hard surface of the ground. But in the soft-stone countries of southern England – in the chalk of Kent, Wiltshire and East Anglia, in the yellow sandstone of Dorset and Somerset, in the greensand of Surrey and in the malmstone of Hampshire and Sussex – many holloways are to be found, some of them twenty feet deep: more ravine than road. They go by different names in different regions – bottles, groundless, chutes – but they are most usually known as holloways.

232 – French philosopher Gaston Bachelard: ‘Each one of us should make a surveyor’s map of his lost fields and meadows. In this way we cover the universe with drawings we have lived. These drawings need not to be exact. But they need to be written according to the spaes of our inner landscapes.’

242 – I had begun to think that the history of Britain and Ireland could be well comprehended through the history of its great rock types – granite, sandstone, slate, chalk, limestone and flint. There were others, of course: basalt, shale, the clays. But these six rocks, it seemed to me, formed the strong mineral skeleton of the archipelago. Whatever we did to the skin of the country, the skeleton would remain.

248 – Monadist (monad: any fundamental singular metaphysical entity) Vaughan Cornish: ‘the waves of the sea – beautiful, mysterious and insistent – drew me more and more to the path on the cliff whence I could watch them curl and break, and listen to their splash upon the sandy shore.’

286 – On St Cedd’s abbey: Sunk into its base were three stones. One dolerite, had come from the Holy Island of Lindisfarne; the second, gneiss, from Iona, where the Celtic mission in Britain began; the third, lias, from Lastingham, in the Yorkshire Moors, the village to which Cedd had travelled from Essex and where he had eventually died of plague.

Theme by Anders Noren — Up ↑